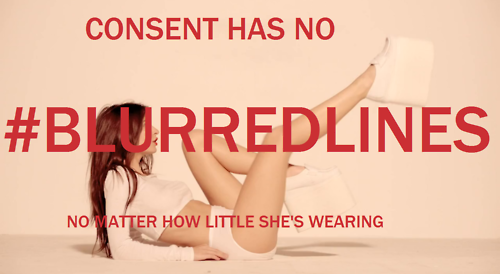 I have been contemplating the topic of my first blog post for a number of weeks now, grappling with the idea of writing a jovial and inward-looking introduction.  However, that is just not my style and so I have resolved to start as I mean to write on - candid, pertinent and thoughtful.

I have been in the role of DPW for almost two months now and it has been a steep learning curve. I have become increasingly aware of the problems that students face on a daily basis. There are a number of problems that I had identified prior to and during my campaign that are widely accepted afflictions of the student (and staff) body. Nevertheless, there is an issue that is affecting our community that is not being discussed as publically: sexual assault.

I’m the first to admit that until recently, I was ignorant to the magnitude of the problem we face. I accepted the subtle and not-so-subtle messages women receive as just part of life, so much so that I struggled to identify that rape culture existed. Maybe other universities were full of rapists but surely Imperial isn’t, right?

I’ve always been an assertive person when it comes to my boundaries and sexuality, in part because in my family sex isn’t a taboo and thus I’ve grown up talking about it. I felt comfortable to tell sleazy guys to back off and to call them out on their pulling tactics. When guys on nights out told me I was beautiful and tried to buy me drinks, I told them straight out that I know that’s code for "I want to have sex with you." I am always the girl who rounds up my drunken friends and makes sure they don’t go home with strangers who’ve been sweet talking them all night, but it had never once crossed my mind that I shouldn’t have to do those things. I didn’t realise that rape culture had been staring me in the face since I was a teenager and that I had been inadvertently challenging and perpetuating it at the same time. By telling people to back off and making sure people got home okay I was helping to protect myself and my friends from rape culture, yet by absolving responsibility from the people who treated us like meat I was perpetuating rape culture.

That is not to say that every person who touches your bum or catcalls you is a rapist, but they are reinforcing the notion that other people’s bodies, in particular women’s, are objects to be enjoyed and used at another’s will. Whilst touching somebody’s bum isn’t rape and doesn’t directly condone it, it contributes to a culture where people’s boundaries aren’t respected, making rape an easier violation to commit and seem like less of a big deal than it is and should be.

Sexual assault isn’t something that only happens to girls in dark alleyways, it isn’t something that is only perpetrated by strangers, and it isn’t just rape. We need to acknowledge that it is not only women who are victims of sexual assault. Likewise, we should be clear that touching somebody in suggestive or sexual way without permission is sexual assault and is not okay: it can be just as traumatising and damaging as forcing somebody to have sex. Statistically, 1 in 4 girls will experience sexual assault during their time at university, mostly at the hands of people who they know and trust, and will more often than not shake it off as just a part of life. Yet we’ve all heard of Brock Turner and we’re all outraged: what kind of person could rape an unconscious girl in the street? We allow ourselves to be outraged by Brock Turner because he fits our image of a rapist; we don’t have to challenge our belief that sexual assault only encompasses vaginal penetration and is only carried out by perverts who target vulnerable and unknown young women. As a society we are ignorant to sexual assault, to the extent that people are often unaware that they have either been a victim of or carried out sexual assault. It’s time to dig our heads out of the sand and learn about consent and sexual assault. It’s time to get outraged at our acceptance of rape culture and the sexual assaults that people, like you and I, are experiencing every day.

How many people will be sexually assaulted this fresher’s week? Sadly, my guess is probably a lot. Yet the reality is that Imperial isn’t filled perverted rapists, the majority of students are simply uneducated about sex, consent and respecting other people’s boundaries. Universities across the UK, including Imperial, have identified this and are beginning to educate themselves and their students about sexual violence and consent. However, leaving universities to educate incoming students is not enough: schools and parents need to be having open and frank conversations about sex before adolescents are exposed to, and conditioned by, rape culture.

A lack of education and discussion about sex and consent sits at the core of rape culture and until we address this nothing will change.

Consequently, I urge you this:

For advice on sex and consent visit:

If you are affected by anything mentioned in this blog post please seek support:

There are no products in your shopping cart.